Mozambique is situated in the South East of the African continent. It is the true spirit of African Safaris. You will be rewarded with the awesome sights of vast wilderness areas, unchanged from their past fame as Africa’s greatest hunting lands. As a result of sound conservation practices the area and its wildlife has flourished. You will be able to hunt in varied terrain, open plains, miombo woodland, sand forests and swamps.

Our concession, Coutada 11, is part of the Marromeu complex and borders the infamous Zambezi River. It is approximately 2000 Square km. The area is located in the Eastern central part of the country close to the coast.

All prices are quoted in US Dollars & per person per night. 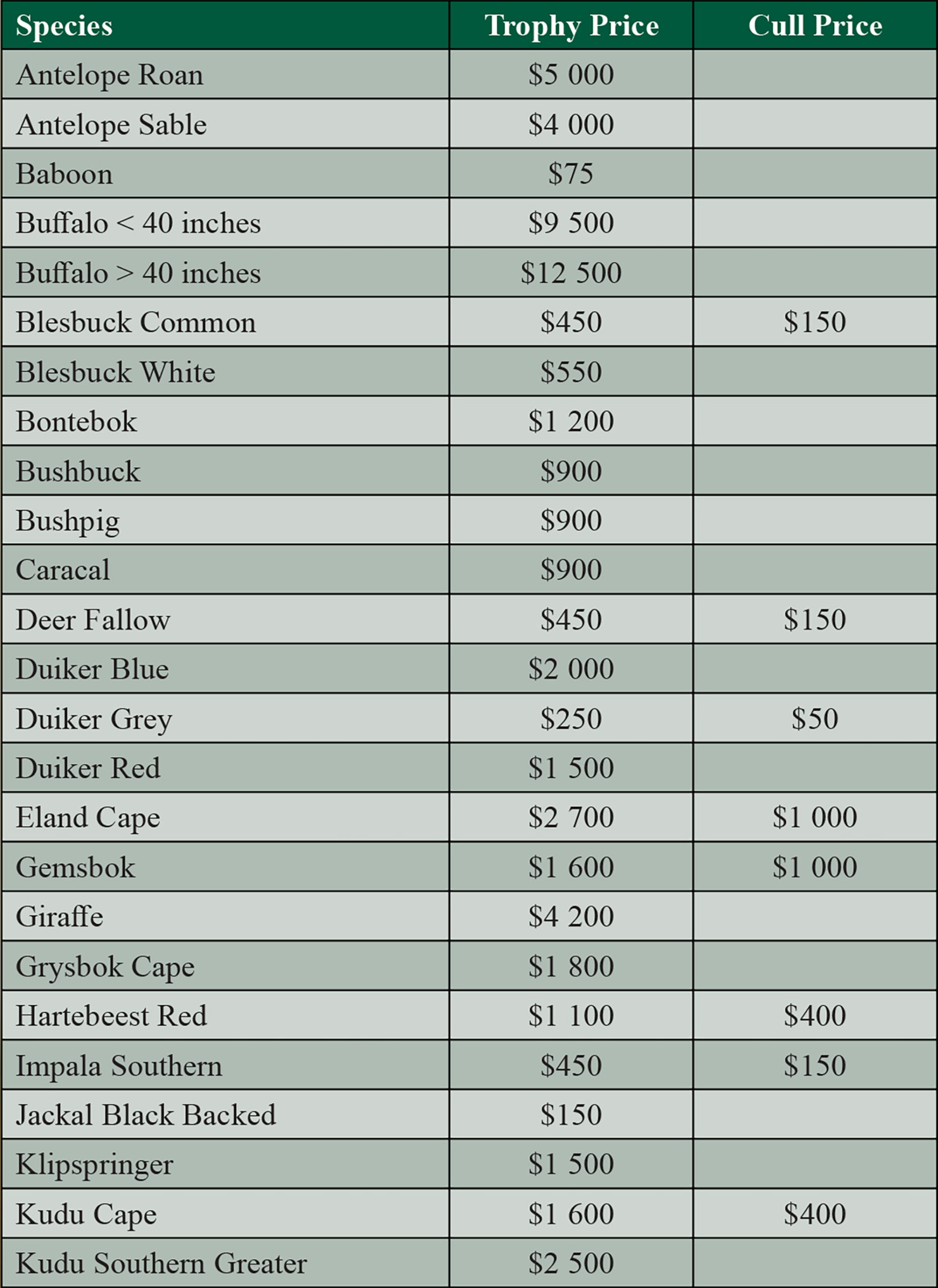 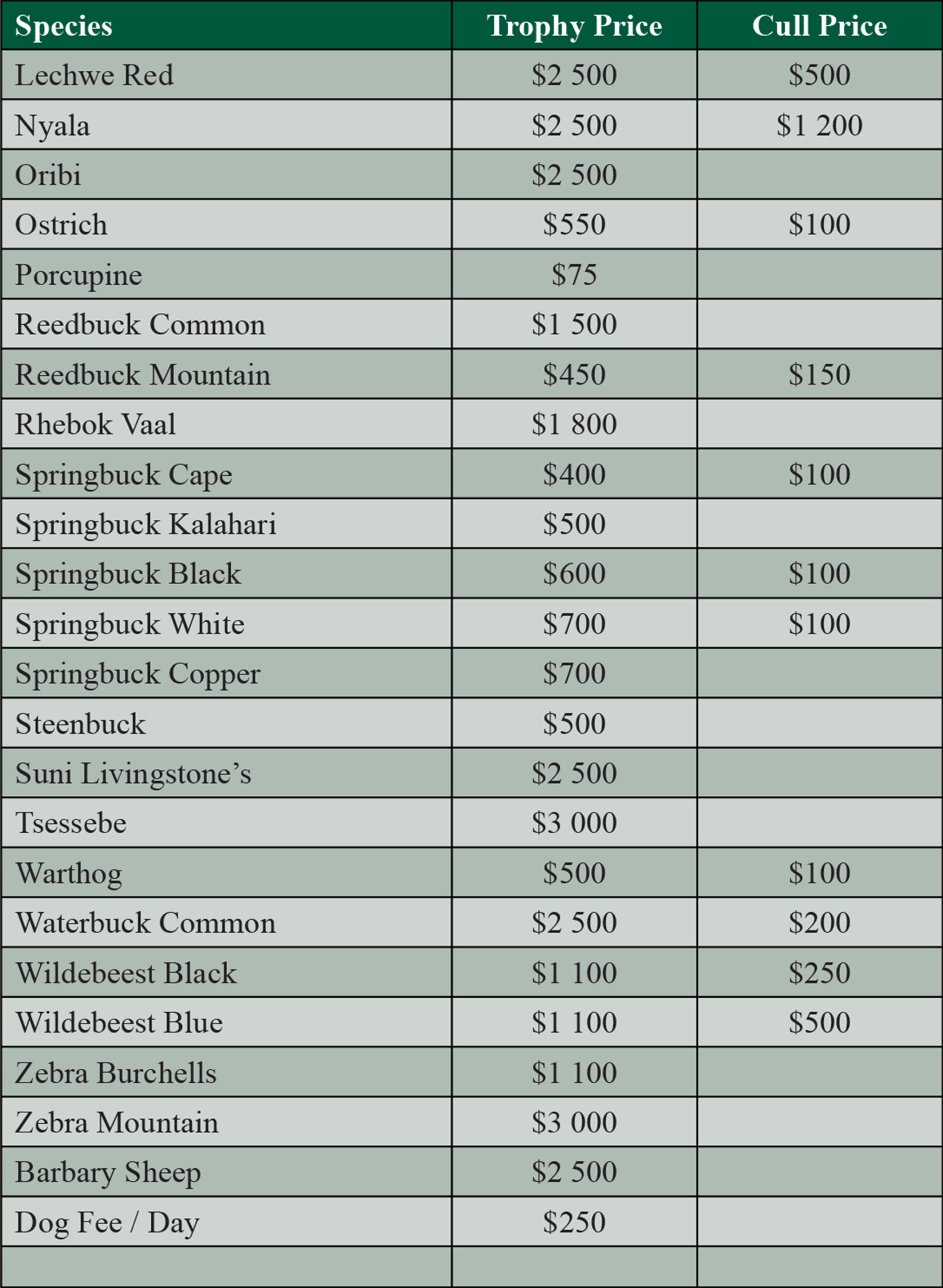 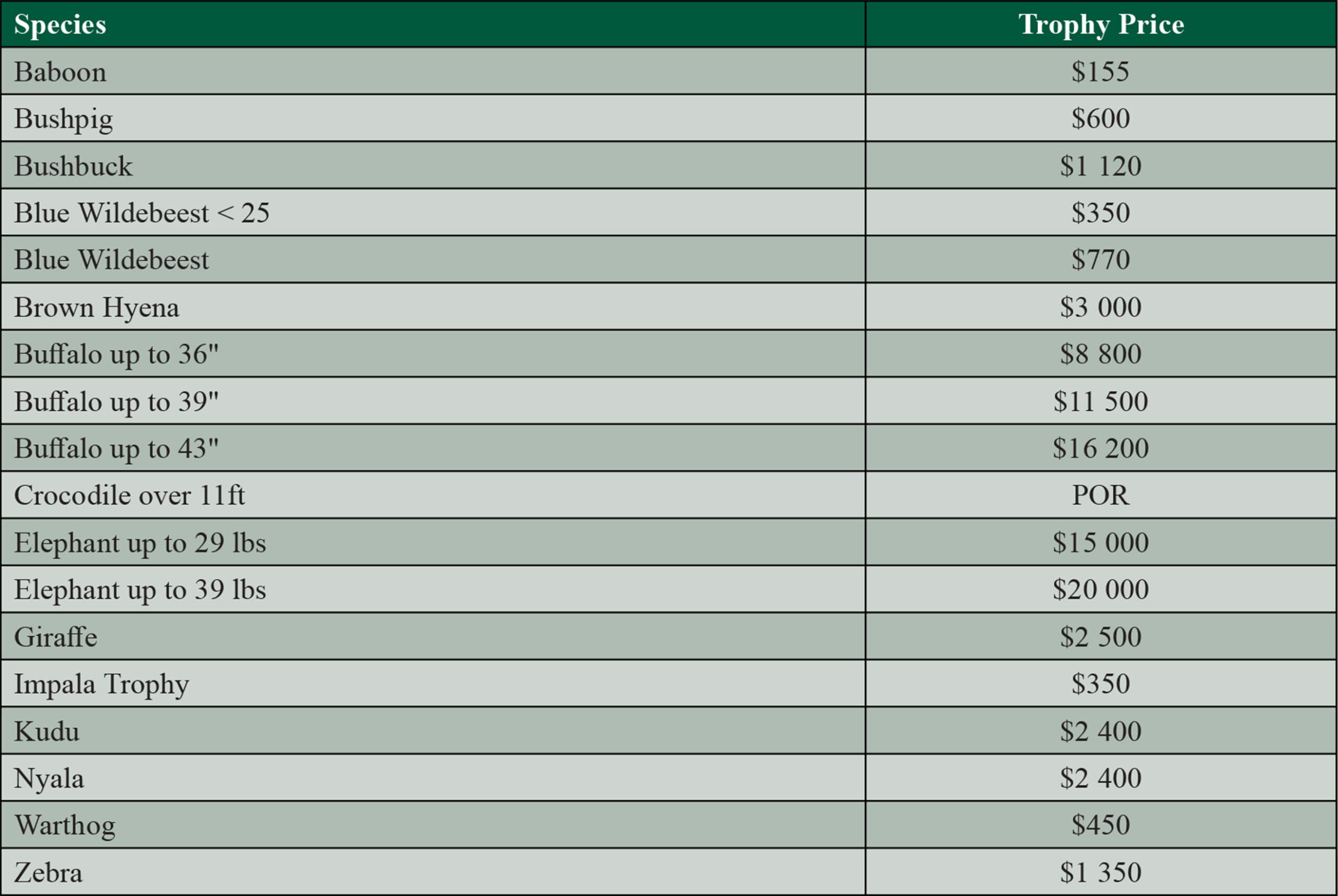 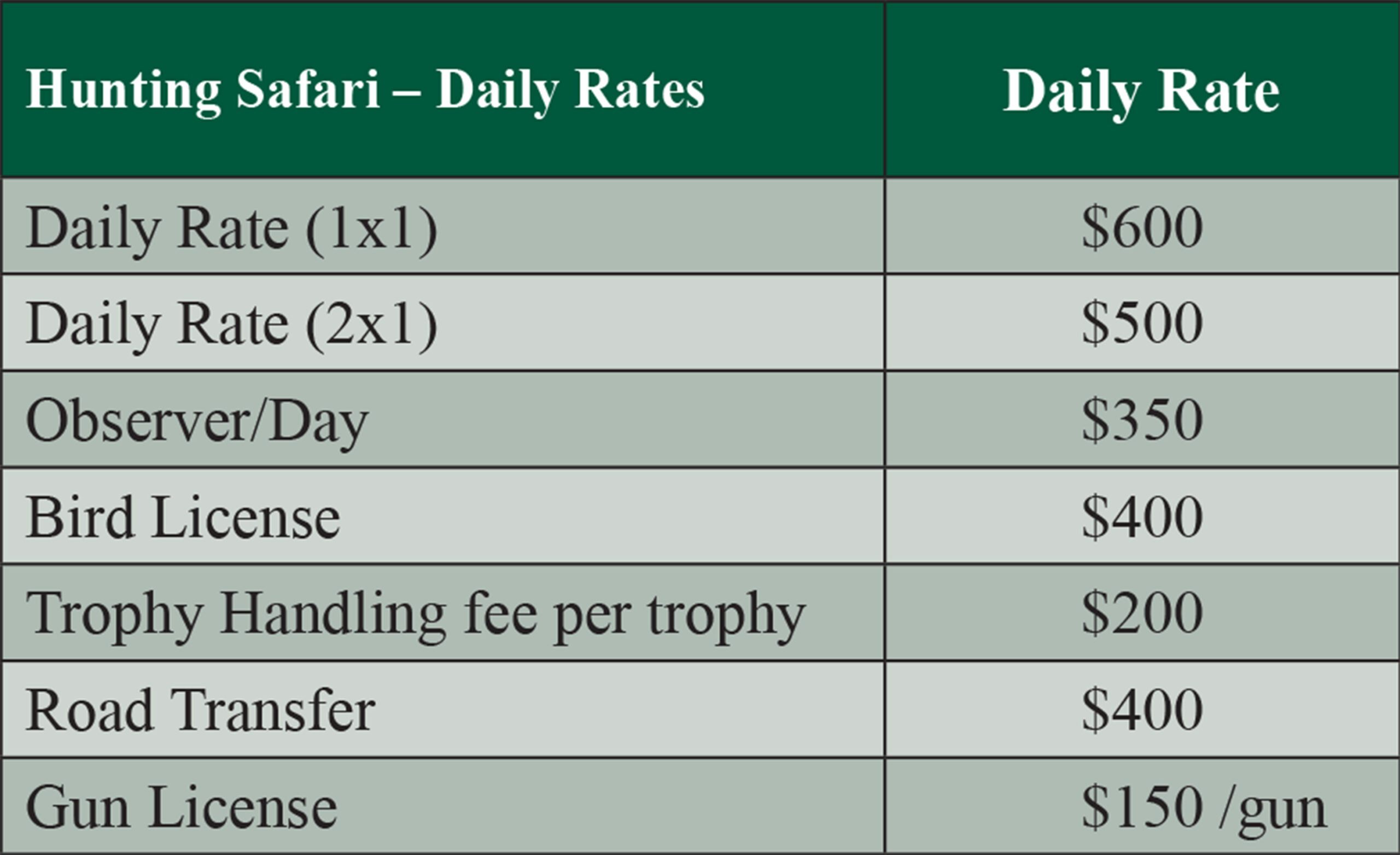 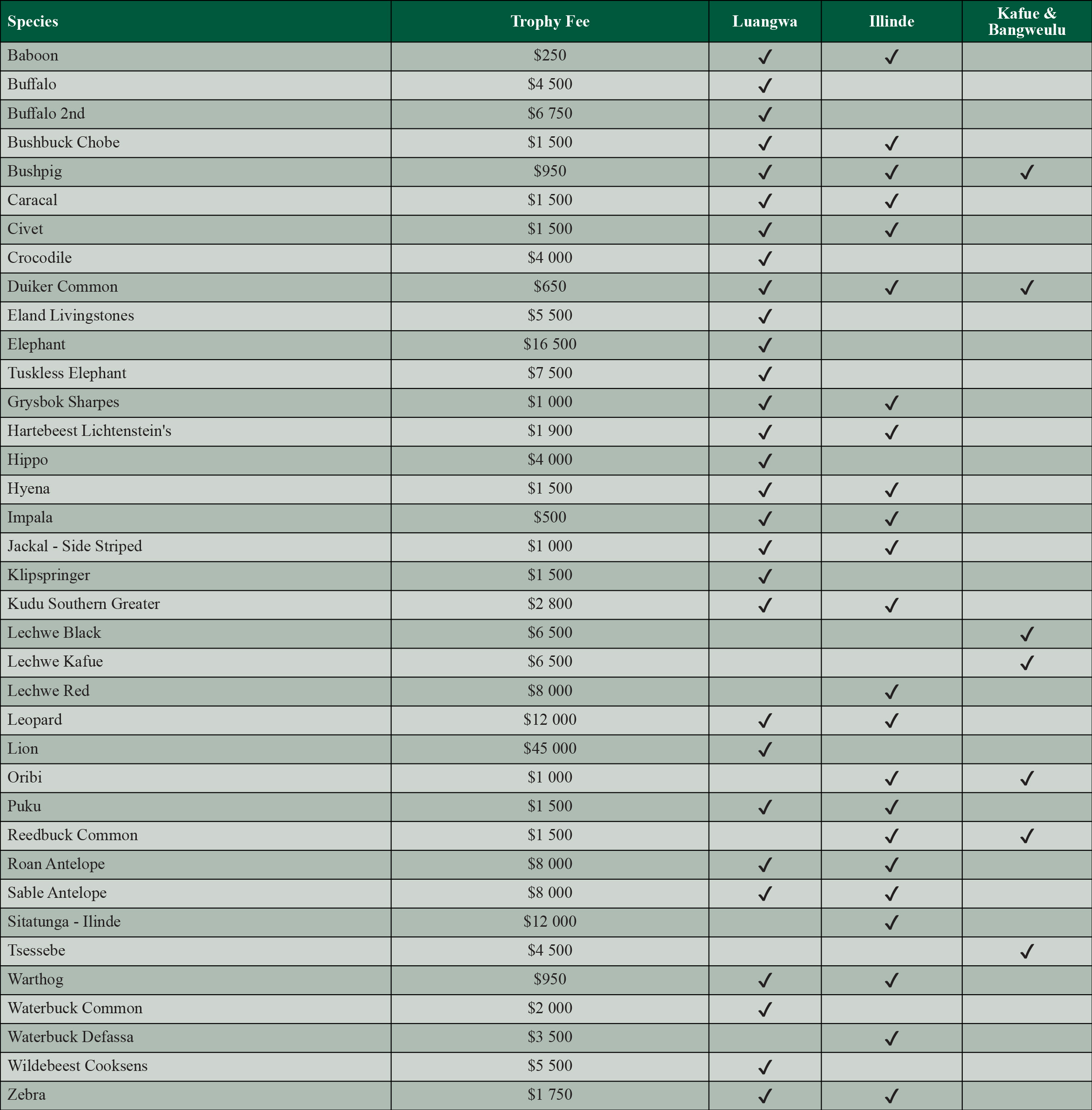 (This includes daily planned tours for the Non-Hunters)

South Africa is blessed with a great variety of Waterfowl & Game Birds. On a normal 7-Day Collector’s hunt, the hunter can expect to collect between 10 and 13 species. If he adds Mozambique to the trip a further 3 species can be added, including the highly sort after Pygmy Goose.

The best time for this trip to South Africa is late August; for Mozambique, it’s early September as this ensures pristine plumage.

– In South Africa, Government legislation has imposed a value added tax (VAT) on all charges with the exception of the trophies you export. VAT is presently 15% and is not included in any of our listed prices.

ALTHOUGH UNLIKELY, ALL PRICES ARE SUBJECT TO CHANGE